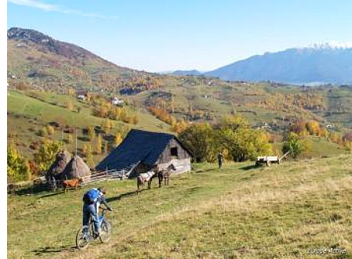 Bucharest, Romania, is gateway to Transylvania’s Heritage that moves into the countryside, steeped in legend with castles, picturesque villages and Saxon fortifications overlaying Roman remains. In Transylvania, the legendary home of Dracula, cyclists may share routes with a horse and cart on rough paths where the map says “major thoroughfare.” This itinerary explores, among others,

The per person double rate is from £789. See https://www.freewheelholidays.co.uk/cycling-holidays-romania

The Czech Republic (Czechia) is a young country as of 1993 when a bloodless revolution divided the former Communist Czechoslovakia into The Czech Republic and Slovakia. Elbe Cycle Path: Prague to Dresden begins in the UNESCO World Heritage city of Prague. Icons here include: 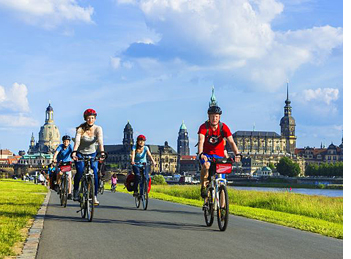 Visitors may visit the Jewish Museum in Pinkas Synagogue with walls covered with heartbreaking drawings made by children of the Terezin (Theresienstadt) concentration camp from 1942-1944.

Cycling along the Moldau, guests arrive in Mělník where an imposing castle marks the wine-growing Central Bohemian region. Next up are Theresienstadt and the Paleolithic roots of 10th century Litoměřice with colourful Gothic, Renaissance and Baroque facades. Cycling continues along River Elbe with fairy tale castles and the fortress “Königsstein” enroute to magical Dresden. The per person double rate is from £619. See https://www.freewheelholidays.co.uk/cycling-holidays-czech-republic

Prague is the gateway for Bike and Barge: Prague and The Elbe, new for 2019. A barge accommodates guests who hop on and off adjacent bicycle paths to explore, among others,

The per person double rate is from £759. See https://www.freewheelholidays.co.uk/cycling-holidays-czech-republic 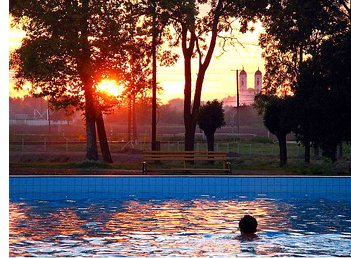 Freewheel Holiday’s Hungarian Nature and Spas, new for 2019, blends nature with a handful of the more than 400 hot springs and spas of thermal waters rich in minerals and trace elements. The gateway city is Budapest before transferring into the country for cycling around Lake Tisza (named for one of central Europe’s main rivers). Guests discover active thermal waters and a bird sanctuary before visiting a stud farm in a region known for Nonius, a breed favored by the Hungarian royal court. Guests may tour in a “Puszta-Taxi” (covered horse carriage) to view cattle, spiral-horned sheep and typical draw well (buckets on ropes lowered into the well). Guests ride into the largest continuous natural grassland of Central and Western Europe before reaching a community favored by hunters and by fans of open-air-spas and thermal baths. Before returning to Budapest is a visit to Hungary’s largest open-air thermal spa with 17 pools, swimming- wave- spring- and thermal pools. The per person double rate is from £619. See https://www.freewheelholidays.co.uk/cycling-holidays-hungary

Krakow and the Danajec Path utilizes cycle paths paralleling foaming rivers flanked by mountains. One ride is along River Dunajec, from the foot of the High Tatras to one of Poland’s most beautiful towns, Stary Sacz, and the neighbouring Nowy Sacz, which still evokes the Habsburg Empire. Krakow, the gateway city, is a UNESCO World Heritage site whose historic architecture was unscathed in World War II. Among its architectural treasures are 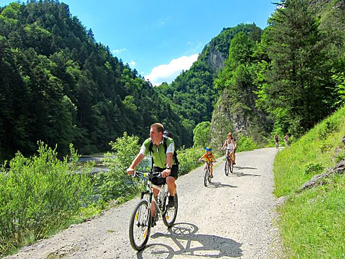 In the country cyclists ascend and descend past farm carts laden with hay. They’re introduced to old-world traditions of Gorale (locals) and sample œoscypek, a cheese of ewes. A cable car assists a cycle to a village that is an open-air museum of timbered architecture. Crossing into Slovakia guests imbibe the beauty of Dunajec River Gorge followed by Slivovitz (plum Bračdy brandy). The per person double rate is from £619. See https://www.freewheelholidays.co.uk/cycling-holidays-poland

A division of Sports Tours International, Freewheel Holidays specializes in self-guided, expertly supported European cycling holidays that strike the perfect balance between leisure pedaling and immersive sightseeing. The company offers easy cycling programs designed with special appeal to European and North American travelers. Guests cycle on their own, with enroute assistance and distinctive accommodations expertly chosen and secured by the company. A portfolio of over 40 established European holidays offers riders of all levels a freedom of choice. The company features a range of 4, 5, 6, 7 and 9-night itineraries to 12 European countries including the UK, Austria, France, Holland, Czech Republic, Italy, Malta, Switzerland, Spain, Germany, Sweden and Portugal. The majority of tours are self-guided with the exception of a few fully-guided vacation packages in Croatia, France, Italy and Prague to Vienna.  The company also offers family-focused, coastal, wine lover, bike and boat, and solo traveler holidays.