We all know that Shredbassador Kenny Smith is a creature of the mossy and the misty. Immersed in his preferred Squamish, British Columbia habitat, he continues to pioneer some of sketchiest, must-stick lines in the rainforest. Since Kenny’s so comfortable with the guinea-pigging program, we recently sent him Devinci’s new AC/ E-MTB to test-drive across some teet-kicking terrain. The outcome’s been nothing short of electric.

“When asked if I wanted to give the new Devinci E-bike a ride I was pretty fired up, especially with all the hype and hate around E-bikes.”

As soon as I got on the bike I was instantly blown away at the torque. I immediately just wanted to see what could be climbed and how fast I could make it up my local ascents. I don’t want to say it’s effortless climbing, I still ride at the same cadence, it’s just that I’m covering over twice as much ground by basically doubling my vertical and speed. Coming from a DH/Freeride background, I’m pretty fired up at how fast I can make it up the hill. 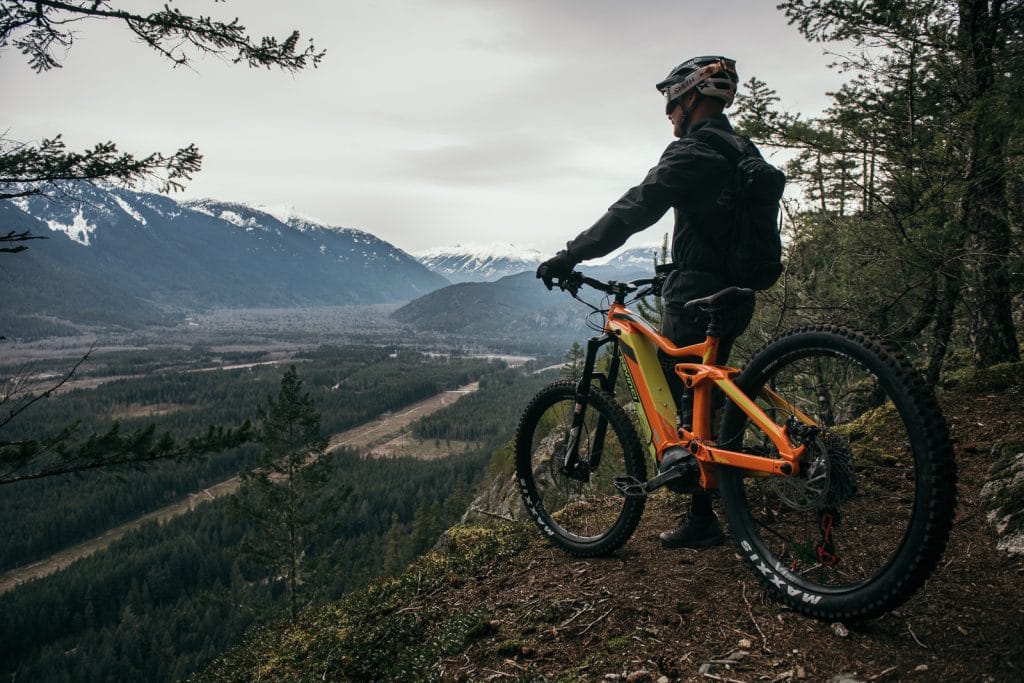 At 180mm of travel, this thing feels more like a DH bike than a trail bike. Inspired by the Spartan, the E-bike was pretty easy for me to jump on and feel comfortable. Almost immediately I was airing into the same squirrelly lines as any other day. The bike is so capable and stable. I haven’t walked away from a line because I’m on an E-bike. So far it has been able to handle anything I’ve thrown at it.

“It has allowed me to shuttle myself, no trucks or chairlifts, just get on the bike and go. I can ride the up the hill faster than driving my truck up in 4low, with no wear and tear on my truck, and I don’t need a shuttle driver. An hour climb on the Spartan gets me to some great trails and into an amazing trail network, but an hour climb on the E-bike gets me to the top of the mountain. If I only have an hour or two after a long day to slide in a ride, it’s hard not to grab the E-bike when it gives me two laps for the price of one.”

“I love all aspects of mountain biking; long climbs, long descents, and sketchy lines. The E-bike is just another realm to explore. I just wish more of my friends would get them. ”