Despite their credentials as one of Italy’s most popular legacy brands, Pinarello has never shied away from pushing the boundaries of bike design or industry opinion. Founded in 1952 by Giovanni Pinarello, the brand has been under the leadership of “Nani’s” always forward thinking, and, very fashion conscious, son Fausto for years now.

From the days of Pedro Delgado’s and Miguel Indurain’s beautiful steel steeds used to win the Tour de France, to the likes of Wiggins and Froome doing the same decades later aboard their carbon fiber Dogmas, Pinarello has always relied on their richly earned performance record to help sell their bikes. 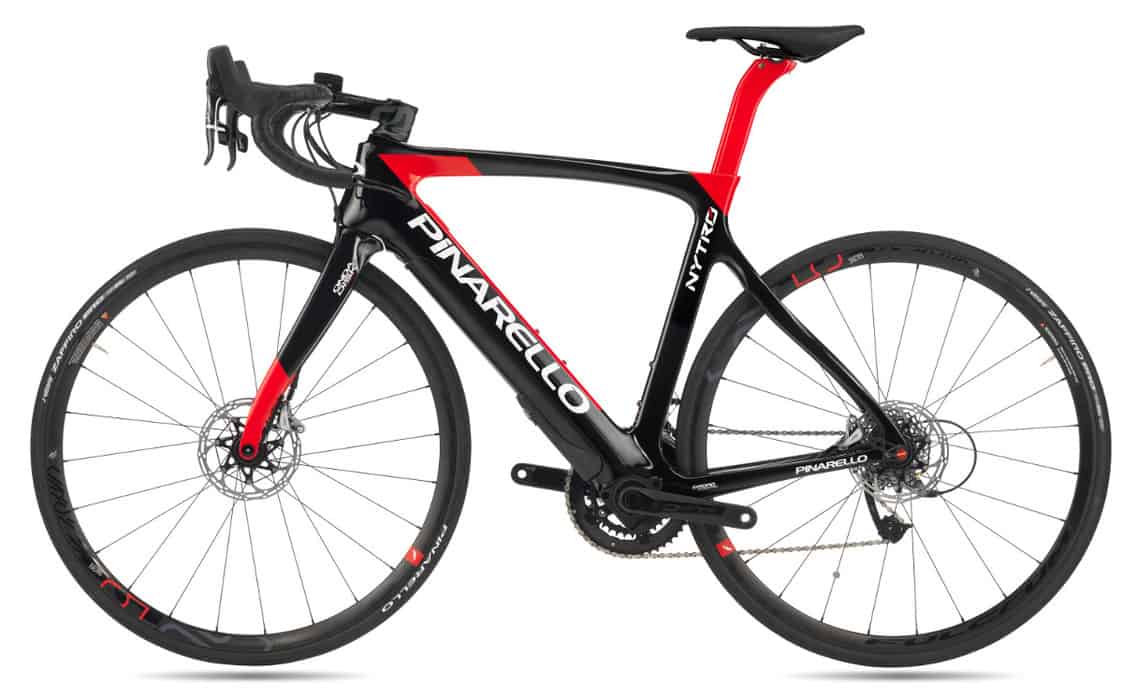 As one of the first “traditional” road brands to adapt disc brakes and rear suspension, Pinarello has once again turned the roadie market upside-down with the introduction of their new Nytro e-bike. No, they are not the first popular road brand to do so; Bianchi first showed their e-Duardo e-bike last year followed by the German brand Focus who unveiled an impressive concept bike that qualified as the first truly performance inspired e-bike to sport drop bars. 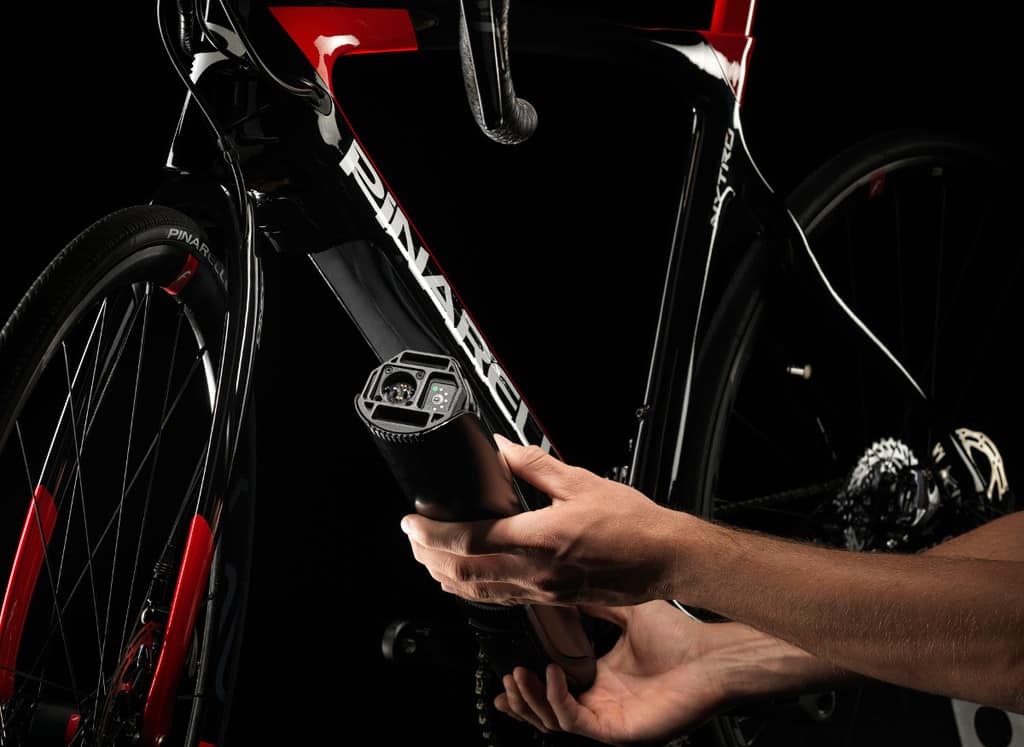 The carbon fiber Pinarello Nytro relies on the German made Fazua power plant that, like the Focus, also resides in the oversized downtube. Unlike the Focus who spec’d their Project Y bike with a 250w motor, Pinarello has got their hands on a more powerful Fazua  Evation unit with a claimed 450 watts of power delivered via three different modes of power assist. 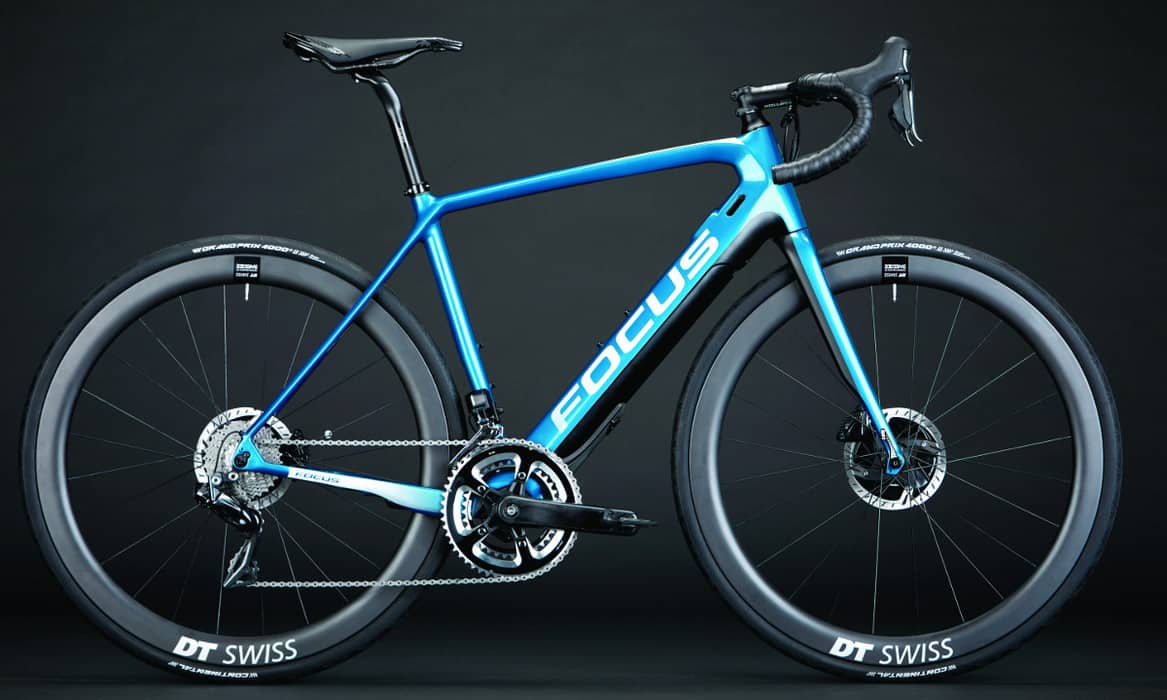 In a market flooded with numerous pedal assist mountain bikes, the Focus Project Y road bike was the first to aim for the high-end road market. As of now the road version is still in the planning stages with no release date. 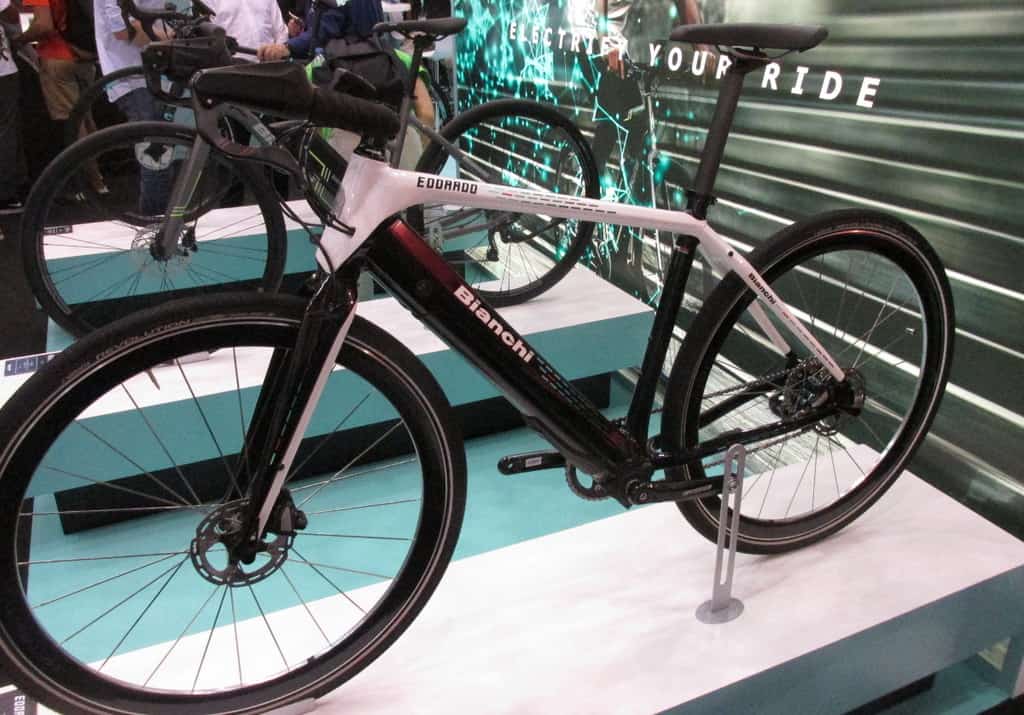 Bianchi’s cleverly named e-Duardo (as in company founder Eduardo Bianchi) has made the show circuit for the last two years, but is yet to hit the dealer floor. 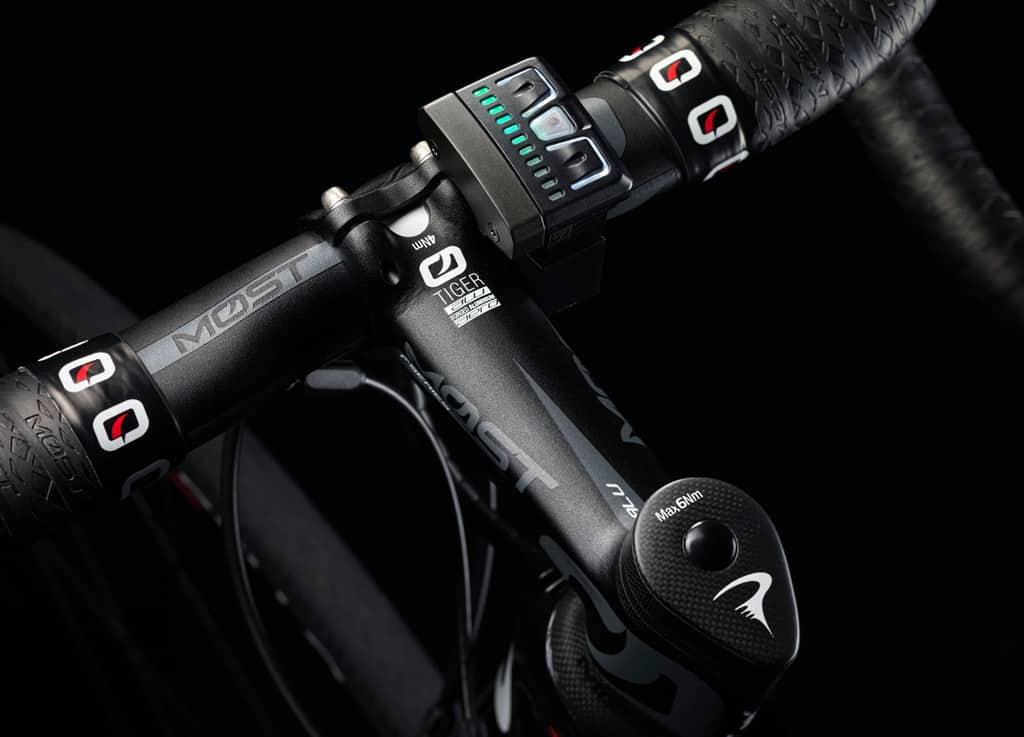 A minimalist handlebar mounted control unit has an LED display bar that controls the ride functions and reads riding data.

The Pinarello will be available in five sizes with a claimed weight of less than 33 pounds. The Nytro properly sports disc brakes and 12mm thru-axles and the targeted price for the European introduction sometime next year is in the $7000 range. 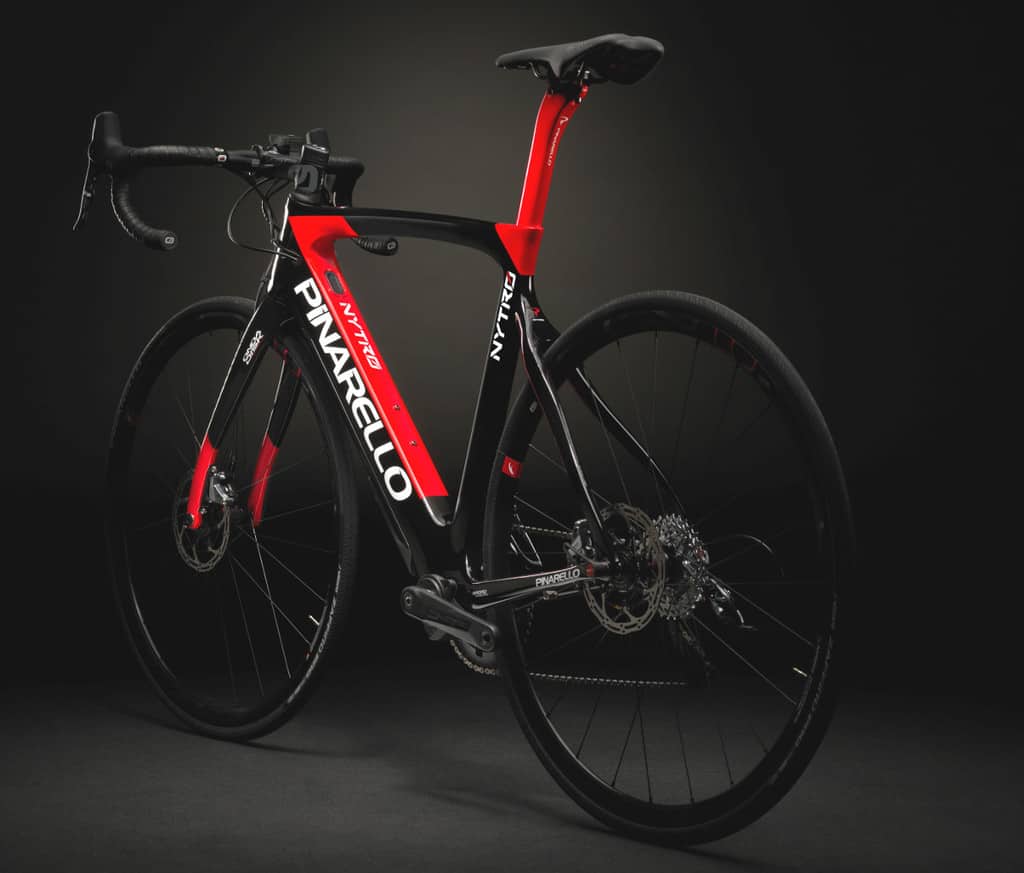